How To Create and Make Great Branded Merchandise For Your Business 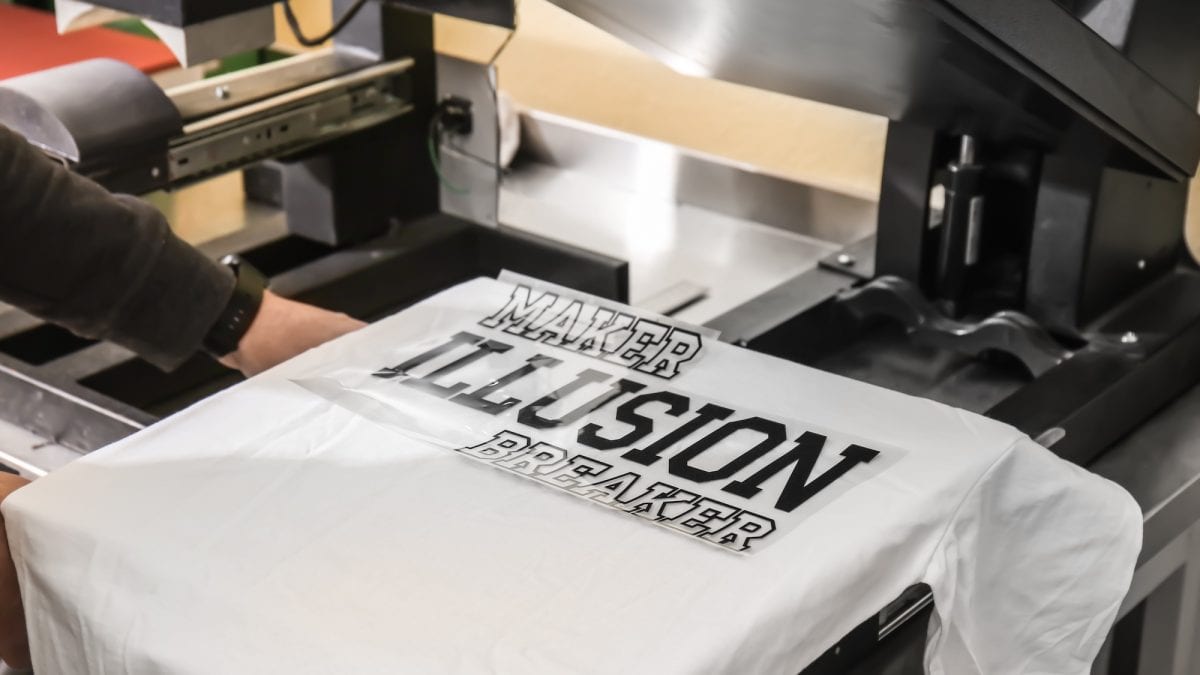 Why is T-shirt printing so popular? If you’re curious about this, then you should know there are actually many different ways to answer this question.

What Is T-Shirt Printing?

First, it helps to know what a printed T-shirt is. Also known as graphic T-shirts, these are tees that have some combination of design, lettering or imagery on them. T-shirt printing usually happens because of textile printing.

There are several dominant categories of printed T-shirts. They include but are not limited to the following:

Concert T-Shirts: These are usually part of the merchandising for a musical tour. Rock and metal groups use these a lot, but they can be affiliated with many different acts or genres. Concert T-shirts are often silk-screened products featuring the name, image and logo of a musical act. Popular rear-side graphics include listing the tour cities and venues along with the particular performance dates.

Course T-Shirts: These tees usually have the insignia of a military unit printed on them. Dating back to World War II, if not earlier, these shirts are often souvenirs for those who attended or graduated from a particular instruction course.

Merchandise T-Shirts: Whether they commemorate a movie or TV show or are just artwork someone is selling online, printed T-shirts can be great ways to make money. They are often used as a means of fundraising for a particular charity cause or just a source of extra income for sports events.

Souvenir T-Shirts: These are popular gifts from people who traveled somewhere and want to bring something back from the place they visited. These garments indicate a place a person has been using images and words known to indicate a certain culture or geographic location.

The History of Printing T Shirts

The specific historical origins of printing T-shirts isn’t clear. It is known that printed tees go as far back as World War II, but prior to that, things get murky. Complicating matters is that T-shirt printing can happen in several different ways. One of these methods is known as screen printing, and it would seem that can be traced back to ancient Chinese times. Eventually, screen printing wound up in Europe, although its popularity there didn’t take off until there were routine imports of silk mesh from Eastern trade routes.

T-shirts themselves did not become popular until the time of the Spanish-American War. Tees were issued by the American Navy to sailors to wear underneath their uniforms. Before long, sailors would take off their uniform jackets if they were off-duty, which meant their tee would become their primary shirt.

After that, T-shirts became popular among laborers throughout the industrial and agricultural sectors. Tees soon earned a reputation as a general-purpose work shirt once the Great Depression happened. The popularity of T-shirts climbed even higher once soldiers returned home from foreign deployments and wore their own tees.

The modern printed T-shirt industry happened in the early 1950s in a form we would recognize these days. Miami, Florida was an early hot spot for such printing, as several businesses started printing the names of local resorts on T-shirts as a means of promotion. These garments quickly became a closet staple for rock’n’roll fans, hipsters and anyone trying to be rebellious. Soon enough, printed tees were a mainstream concept in the general world of style, and Hollywood adopted them too. Now, T-shirt printing is one of the clothing industry’s biggest sectors. Nearly everyone in the country has at least one of these printed tees in their wardrobe at any given time. 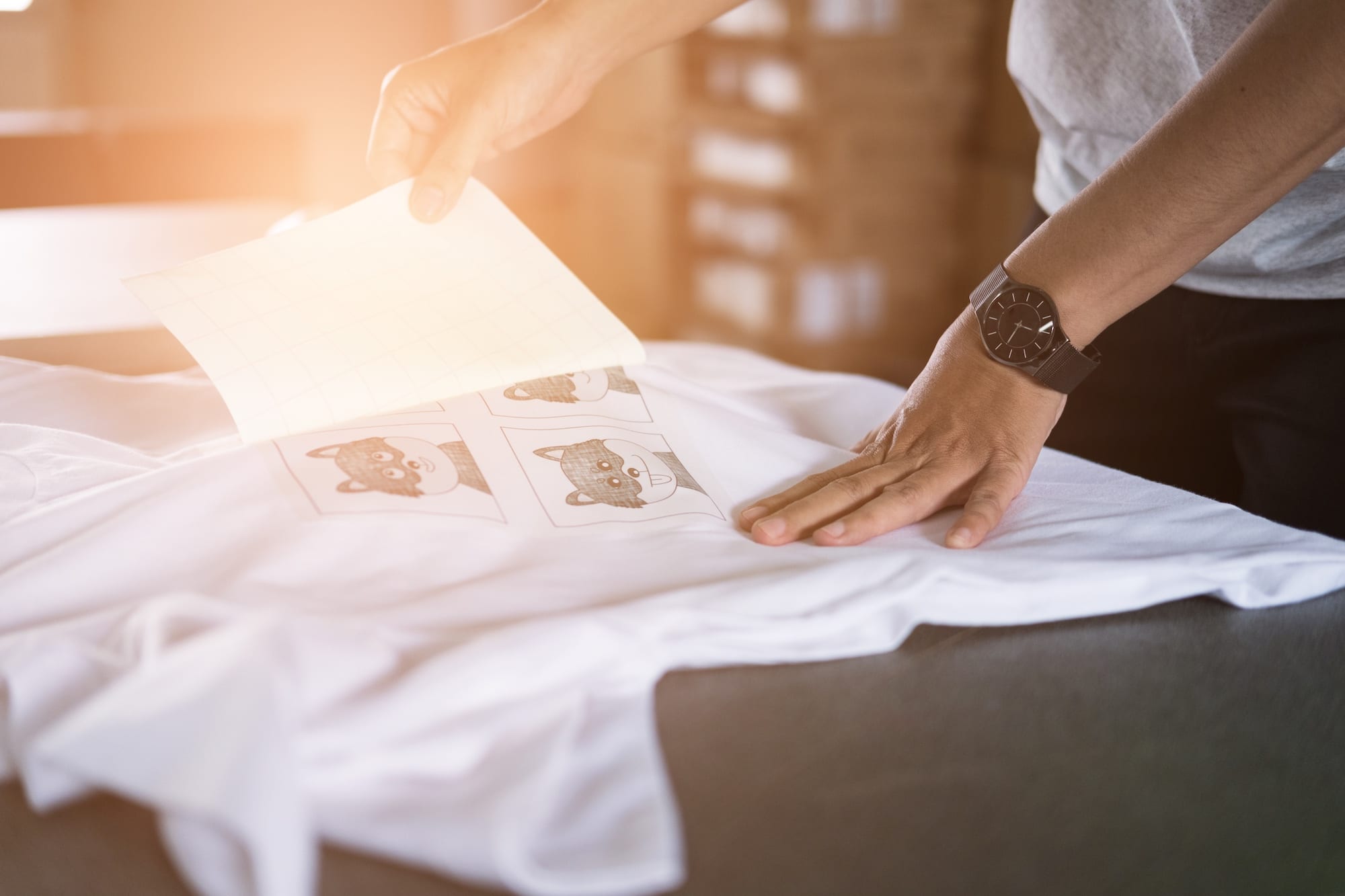 What Kind of Different Printing Techniques Are There?

T-shirt printing can happen in a variety of ways. Three primary methods include heat transfer printing, screen printing and direct to garment printing. That last one is sometimes abbreviated as DTG printing, and there are other ways, including vinyl cutting and dye sublimation.

Every printing technique has pros and cons, but they all result in printed T-shirts of various kinds. Having said that, screen printing is far and away the most common methodology of all of them.

DTG Printing: Direct-to-garment printing is the newest of these three techniques. It uses inkjet technology, much like your printer at home if you have one. The colors can be quite accurate, the image quality is quite high, and they even feel pretty smooth if you run your fingers over them. Millions of color combinations are possible, but they can also be very expensive. Whereas silk screen printing can produce hundreds of shirts from a single gallon of ink, DTG printing can cost as much as $6 per shirt just for the ink alone.

Heat Transfer: Basically, this process utilizes a heat pressing machine to melt the design onto the T-shirt. A heat transfer vinyl gets put on the side of the T-shirt to be printed. Then, the heat press applies warmth directly to the surface so the design is imprinted from the vinyl permanently onto the T-shirt. This particular technique is highly cost-effective, irrespective of how much volume there is to the order. There’s also not much maintenance for the printer, whereas screen printing involves lots of upkeep. The resulting T-shirt can look nearly as good as screen printing, but cracking might occur if the heat transfer is done wrong. Also, it can be time-consuming for larger orders, as things can’t be sped up.

Screen Printing: Modern screen printing can happen either by machinery or manual human labor. A big reason for its popularity is simply due to the quality that results. Silkscreen inks are usually thicker than what is used in any other technique, meaning the product lasts a long time with precision imagery and vibrant colors. Screen printing is particularly effective for larger printing runs. Higher volumes lower the cost per shirt, as a single gallon of ink might result in hundreds of shirts. On the other hand, if you only need several shirts or are looking for printing on demand, this isn’t a cost-efficient means of doing things.

What Can You Use Printed T Shirts For?

Your motivations for getting T-shirts printed can be quite varied, but don’t assume that you’re at all silly for thinking some printed tees would be cool. They’re actually quite awesome, and they work for many different reasons:

Affordability: Clothes can be expensive. They’re always in demand, but they’re also always wearing down, getting torn and just disappearing sometimes in your closet or laundry. If you are raising kids, they outgrow a lot of their clothes very quickly. To be honest, a lot of us adults ‘outgrow’ our clothes too. High-caliber printed T-shirts have longer shelf lives than ever before, so you can get a run printed and know they’ll last a while. The more you print, the better a volume discount you get too.

Branding: New companies and businesses startup all the time, and we’re kind of glad they do! Small businesses account for the majority of job growth across the country, and the economy can certainly use all the help it can get. New businesses need all the help they can get, too, particularly in getting noticed by their target audience. Branding on T-shirts is effective because it’s impossible to ignore.

Consumer Loyalty: The modern marketplace is as competitive as it has ever been, especially when the legacy of brick and mortar stores is fighting for survival against competition only clicks away. Getting customer loyalty takes time to earn, and it’s so easy to lose. Printed T-shirts can be a part of a great customer experience, especially when they’re handed out as freebies on certain purchases.

Protect Our Planet: If you’re concerned about the world’s environment, you can print T-shirts that spread the word. However, you can also get them printed on T-shirts made from renewable resources in ways that minimize the use of carbon and energy along the way!

Sell Them: For all the potential benefits printed T-shirts might have in your life or a group you’re a part of, that doesn’t mean you have to be a pure consumer. If you have a great idea or design for printed T-shirts and think there’s a demand for such a product, why not get some made and then just sell them? Trust us, very few people or companies selling T-shirts are doing their own printing.

Team Spirit: Boosting the morale of any group is crucial to its success. Whether you want to get your company softball team more camaraderie in the dugout or it’s just your church league basketball team, team T-shirts can help everyone recognize and identify their fellow teammates and bond together.

Has any of this inspired you to dream of a reason for printing your own T-shirts? If so, then you need someone who can get it done. Whether you want your printed tees to be nylon, cotton, polyester or something else, contact us if you have ideas or questions about possibilities and price. Printed T-shirts can serve many different functions and uses in the Boise, Idaho area, and we’re happy to help you make something happen. Get T shirt printing in Boise, ID here.